COVID-free travel     NEW CATALOGUES ARE OUT!    Early bird discount - save up to 400€!    Flexible booking options

Cuba is not only the largest island in the Caribbean in terms of area, but also the one with the most inhabitants. The population is made up of the ancestors of the indigenous Indian population as well as Spanish and African immigrants.

The Caribbean island therefore offers an incredibly diverse culture. Music and dance are important components of the Cuban way of being. Well-known dances such as the Son, the Mambo, the Salsa, the Cha Cha Cha or the Rumba have their origins here. Besides music, literature is also very important. Literary enthusiasts meet regularly in the local houses of culture to read their works and poems to each other. One of the most famous writers is the American Ernest Hemingway, who lived in Cuba for more than 20 years.

The largest city in Cuba and in the entire Caribbean is Havana. A quarter of the population is concentrated in the capital. The next largest cities are Santiago de Cuba, Camagüey, Holguín and Guantánamo. 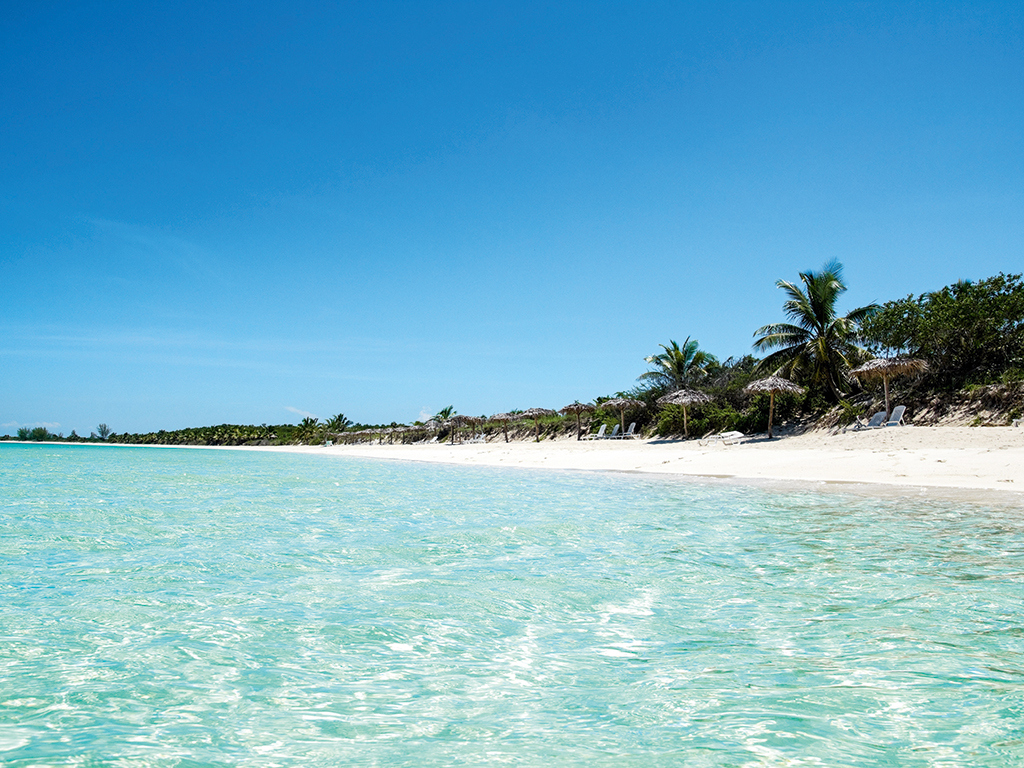 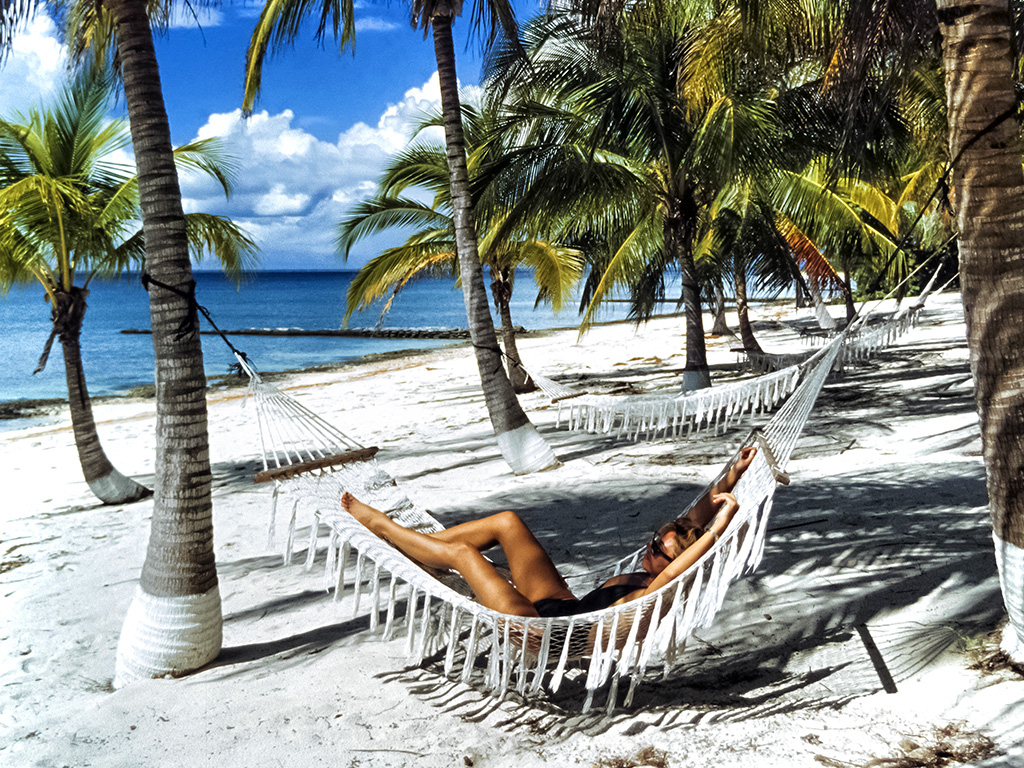 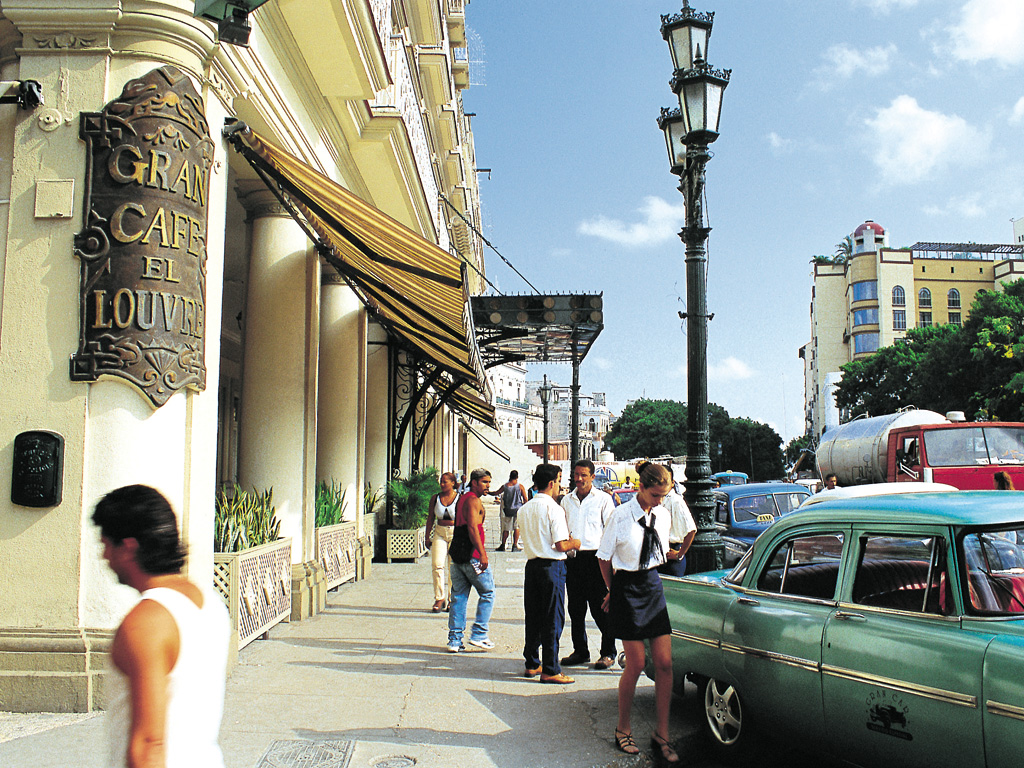 Cuba is an archipelago consisting of the main island of the same name, Isla de la Juventud and around 4195 smaller islands. The archipelago belongs to the Greater Antilles. Cuba borders the Gulf of Mexico to the northwest, the Atlantic Ocean to the north and the Caribbean Sea to the south. The island is approximately 180 km from the US and 210 km from Mexico.

Cuba is 6 hours behind Europe.

The climate in Cuba is tropical, determined by the northeast trade winds. The period from November to April is the dry season, while the rainy season occurs from May to October. From June to November tropical cyclones are to be expected, which often hits the economically weak Cuba significantly hard. Cuba has created a highly functional disaster controil system in response to its cyclone season.

Summer temperatures average between 25 to 30 degrees Celsius all year round. With about 200 days of sunshine, Cuba is definitely a year-round destination.

You will need a tourist card for a maximum stay of 30 days (this can be extended once for 30 days). The tourist card must be purchased before entering the country and is available from Cuban embassies and from some airlines at the airport.

For a longer stay, you will need a visa, which is also issued by the Cuban Embassy. An invitation may be required for this. The processing time can take several weeks, so we recommend taking care of this in advance.

There are two currencies in Cuba. The original Peso Cubano (CUP, symbol: Cub$) and the Peso Convertible (CUC, symbol: $). US dollars are no longer been accepted as a means of payment. Tourists pay with the peso convertible, which is divided into 100 centavos. There are notes in denominations of 1, 3, 5, 10, 50 and 100 pesos. There are also coins in 1, 5 and 10 centavos and 1 and 3 pesos.

The usual vaccinations such as tetanus, diphtheria and hepatitis A should be available. For a stay longer than four weeks, vaccinations for hepatitis B, rabies and typhoid are also recommended.

In Cuba, tap water is not suitable for drinking. Bottled drinking water is available in shops. Fruit and vegetables should also be peeled or cooked before consumption in order to avoid diarrhoeal diseases.

Be completely prepared for your journey by checking that you have everything you need on our packing checklist.

Society and every day life

Cuba was an atheist state until 1992. It only became secular through a constitutional amendment, which now also allows believers to be politically active. The most widely represented religions are Catholicism and Santería, a mixed religion of the traditional religion of the West African Yoruba and Christian elements. In recent years, many Cuban Protestant congregations have been born. Jehovah's Witnesses are also strongly represented.

Cuba is a Republic where power is exercised by the state apparatus, the army and the Communist Party of Cuba, known as the PCC (the only permitted party). Head of state Raúl Castro, like his brother Fidel before him, heads all three institutions.

The traditional greeting in Cuba is to shake hands. The locals address each other as "compañero", but as a tourist you should say "señor" or "señora". All Cubans have two surnames, but if you address them by name, you only use the first.

Although the island has a well-developed road network, the roads are often in poor condition, so we advise you to drive carefully. If you don't want to drive you can always rely on the loca railway company and the intercity bus company, which operates the so-called "Viazul" buses for tourists. Isla de la Juventud and other islands can be reached by ferry, as well as the harbour bays of Santiago de Cuba, Cienfuegos and Havana. 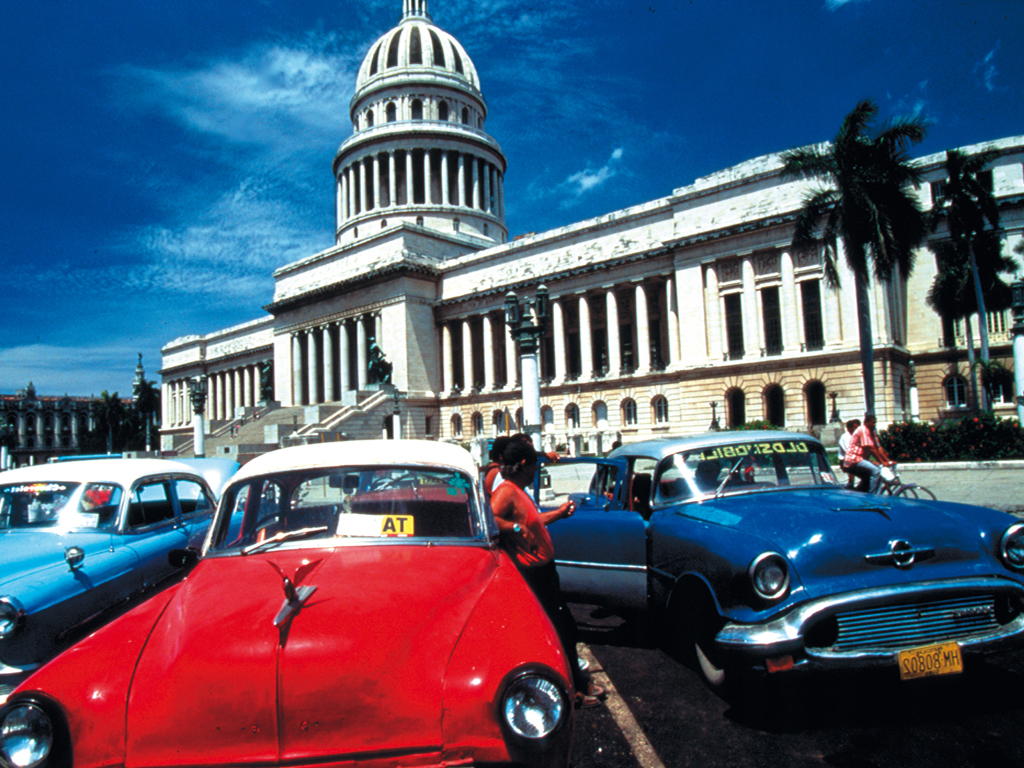 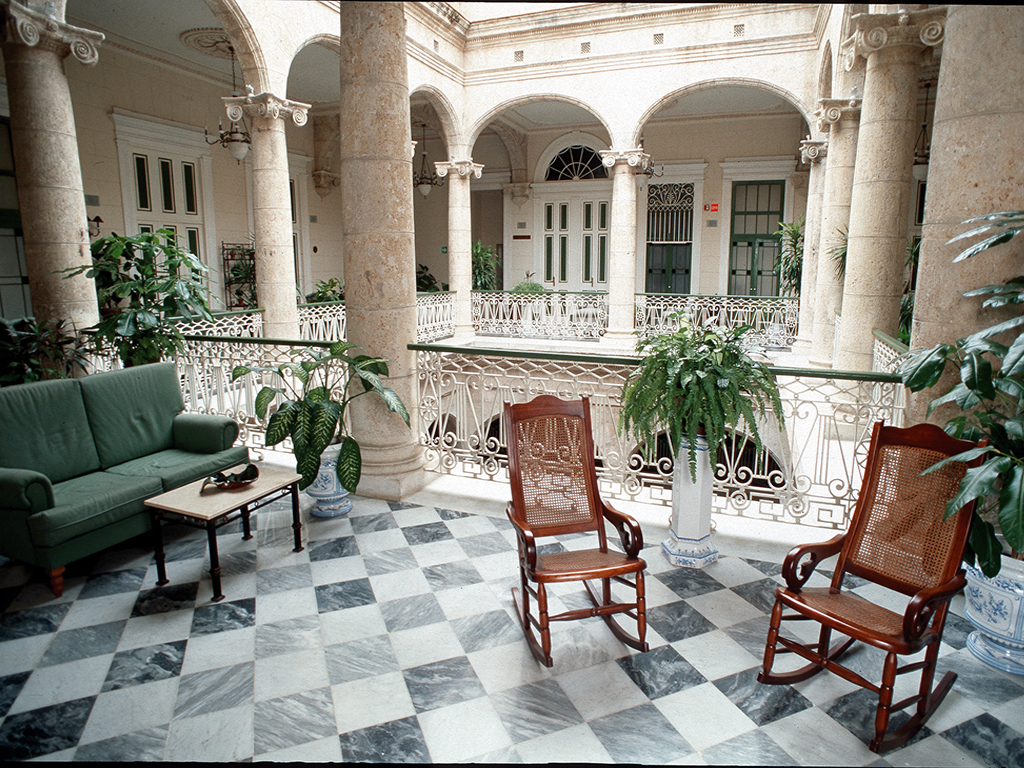 The first inhabitants migrated to Cuba as early as 3500 BC and came from South America.

After Columbus discovered Cuba in 1492, the Spanish Crown conquered the island. Thousands of Indians died in wars with the Spaniards and due to the diseases brought by Europeans. The number of indigenous people dropped to about 5000. African slaves were therefore brought to the country to work on cattle ranches and in leather production.

In the 18th century, British troops occupied the island, bringing more forced labourers from Africa for the cultivation of sugar cane plantations. By 1820, Cuba was the largest sugar producer in the world.

Spain lost its dominance over Cuba in the war against the USA in 1898. Cuba gained its independence at the beginning of the 19th century, but was still subject to the USA military administration. The first president of the Republic of Cuba was Tomás Estrada Palma.

In 1940 Fulgencio Batista became president. The dictator obtained Cuba's complete independence from the USA. With an uprising, the revolutionary leader Fidel Castro took over the position of prime minister in 1959. A land and agrarian reform was introduced and private land ownership was thus nationalised. As a result, the USA imposed a trade embargo with Cuba. Despite significant aid from Russia, Cuba's economy was severaly damaged with the end of the Soviet Union.

Tourism became more and more important in Cuba. In 1998, Pope John Paul II visited the island. In 2008, President Fidel Castro, who had been in power since 1976, handed over his position to his brother Raúl Castro.

Havana Cigar Festival: (February - March): Cigar lovers from all over the world make a pilgrimage to the unique "Festival del Habano" every year. Everything revolves around the enjoyment of the cigar: cigar novelties are presented, plantations and manufactories are visited and seminars are offered where visitors can practise rolling cigars.

Boleros de Oro: (June) The Boleros de Oro festival, created in 1986 by composer and musicologist José Loyola Fernández, is considered the most prestigious of the bolero demonstrations on this side of the Atlantic.

Havana Carnival: (July - August): The Caribbean Carnival is not to be missed: since 1573, this traditional spectacle of parades, colourful costumes, roaring street parties, wild dances and enchanting fireworks takes place in Havana.

International Ballet Festival: (October - November): Every two years, the "Gran Teatro de La Habana Alicia Alonso" hosts the Ballet Festival, which was founded in 1960 shortly after the Cuban Revolution. Today it is an integral part of the Cuban cultural scene. Dancers from all continents are represented here and present creative dances at a high level. On Youtube you can find recordings of the Ballet Nacional de Cuba.

International Film Festivalhttp://habanafilmfestival.com/: (December): For South America fans, the Havana Film Festival is absolutely worth seeing: every year, mainly South American films are presented here. During the festival, prizes are awarded to the best films.

Día de la Liberación (Liberation Day) is celebrated on 1 January, as the victory of the revolution was declared on 1 January 1959.
1 May is Día de los Trabajadores (Workers' Day).
On 25, 26, 27 July Día de la Rebeldía Nacional (Anniversary of the Revolution) is celebrated. On 26 July 1953, Fidel Castro and an underground group stormed the Moncada Barracks in Santiago de Cuba and the Céspedes Barracks in Bayamo, kicking off the revolution.
10 October marks the Inicio de las Guerras por la Independencia (start of the War of Independence).

Cuban cuisine is a combination of Spanish, African and Caribbean dishes. The staples are black beans and rice. Local vegetables are tomatoes, corn, potatoes, yucca and peppers, often combined with pumpkin, cabbage, chicken and pork. Fish and seafood are often very expensive and are only available in hotel restaurants. In the more informal restaurants, as well as the "paladares", there are inexpensive typical Cuban dishes. 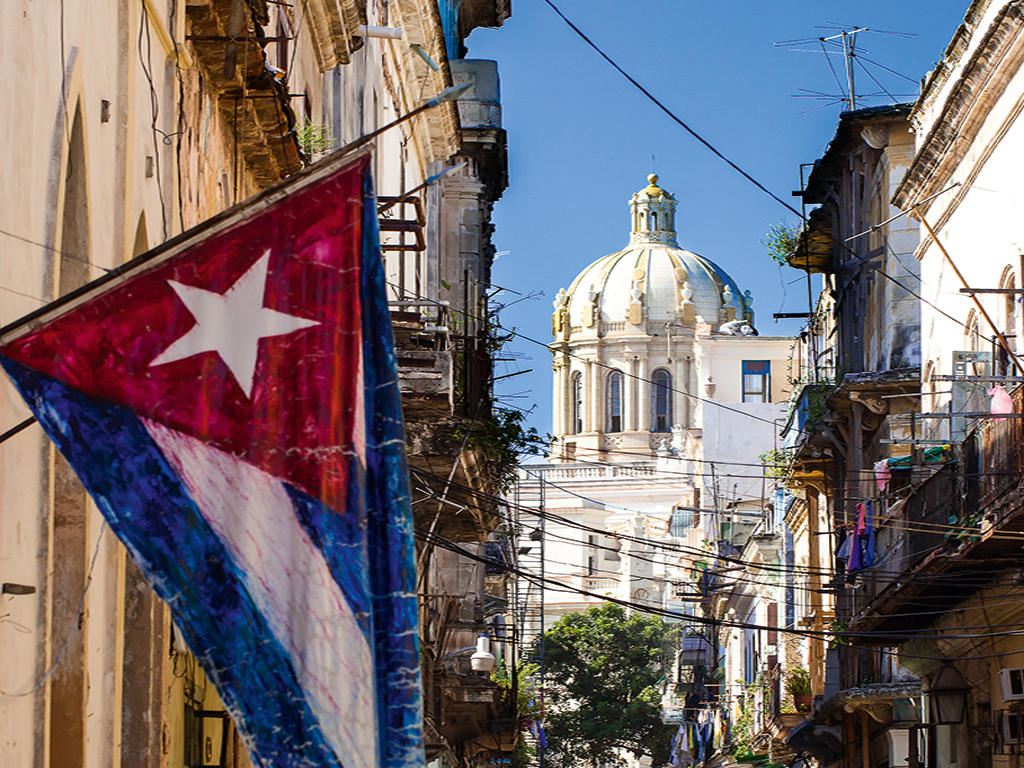 Cubans, unlike their neighbours in Latin America, adhere very strictly to laws and regulations for fear of sanctions, and tourists should do the same.

Lying "topless" on the beach is not appreciated by Cubans and should only be done on the beaches of the all-inclusive resorts.

Children are not allowed to beg in Cuba. However, many children like to hold out their hands when they see tourists. Avoid giving them money.

Say goodbye to the idea that the internet in Cuba works the same way as in most other countries. There is hardly any Wi-Fi in Cuba and to use it you need an internet card.

Service staff are very poorly paid in Cuba. They often receive their salary in peso cubano, which are not worth much, but they receive their tips in peso convertible. As a result, the tip has become an unofficial salary. Please keep this in mind when paying! In the restaurant 10% is customary (this is sometimes already included, you can give the tour guide 5 CUC a day and your driver 3 CUC/day.

Do you have a question or need some advice?